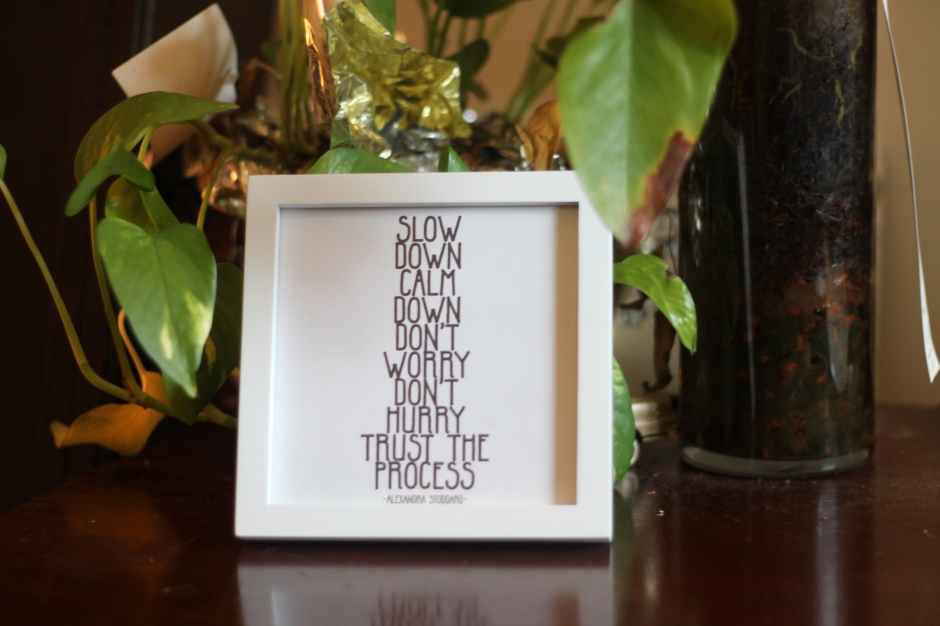 Two weeks ago I was walking through Chelsea Market with my roommate when a card in Posman Books caught my eye. Neatly printed across the front was this quote from Alexandra Stoddard that I had never heard before. The words sounded like the exact opposite of the life I’ve been living. I almost laughed as I realized that in the 20 seconds that I had been standing there at least two people had almost bumped into me as they hurried on to their destination, but not before giving me a dirty look for being in their way. Its almost a rule that you don’t stay still in New York City.

Maybe it was how simple the card looked or maybe it was that I realized I wanted those five short sentences to be a reflection of my life, but for some reason I picked the card up off of the display, grabbing the matching frame next to it, and made my way to the register. Its been sitting in the frame on my nightstand next to my bed ever since.

Inspiration can find us in the most random places, if only we’re willing to open our eyes. Sometimes its a conversation or a picture. Other times it could be a book or a scene from a movie. Whatever it is my prayer this week is that something or someone that crosses you path will speak  to your soul. 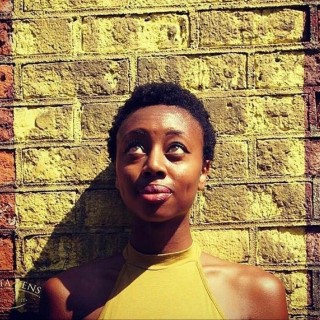